"What a formidable fortress!"

Gladstone Keep is the capital of Gladstone, the throne of the Kingdom of Gladstone in the Northlands and home of King Richard and his Royal Council.

After the kingdom of Memlar sent tax collectors to the remote fishing village of Gladstone and were subsequently beaten to death by an enraged mob, Memlar reacted quickly and dispatched it's soldiers to burn down the settlement and kill its settlers. The people rallied around a popular local farmer named Jacob Gladoch. He established a defensive base around a large stone promontory, which was later called "Glad's Stone". The Memlarians were defeated, and Jacob became Gladstone's first leader.

The foundations of Gladstone Keep were laid at the base of the stone promontory. During its early history, the emerging kingdom was constantly threatened by the forces of Memlar, Corlerre, and Farallon. It was also at this time that the Dark Army first appeared in the lands. The name of Gladstone soon became synonymous with the struggle against the forces of evil. 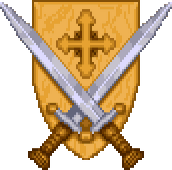 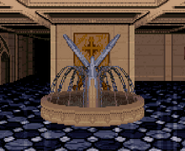 Retrieved from "https://lands-of-lore.fandom.com/wiki/Gladstone_Keep?oldid=16070"
Community content is available under CC-BY-SA unless otherwise noted.